The Montage Mosaic Engine and Visualization

Those of you who have used Montage probably know it as a toolkit for processing images to create mosaics. It is, however, finding applicability in the visualization of images, as described in “The Application of Montage to the Visualization of Astronomical Images,” by Bruce Berriman and John Good. It is an Open Access paper published in a PASP Special Focus Edition on Visualization, edited by Brian Kent.

You can watch a video abstract of the paper here:

There are several areas where Montage brings value to visualization work, primarily because its design as a toolkit enables integration into software environments: 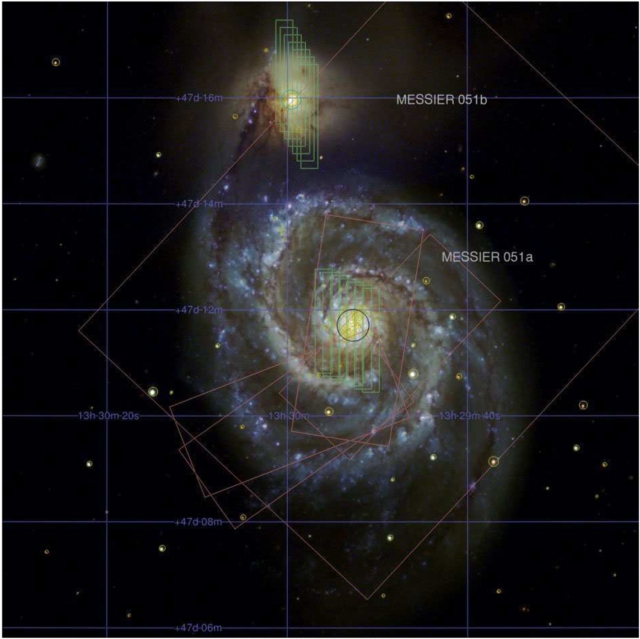 Three-color mosaic of M51 in the u, g, and r bands of the Sloan Digital Sky Survey (SDSS), shown with an Equatorial J2000 coordinate grid, overlaid with the positions of 2MASS point source catalog sources in the J-band, scaled according to brightness (yellow circles), and with footprints from the Spitzer InfraRed Spectrograph (IRS) Peak-up images (red boxes) and the Multiband Imaging Photometer for Spitzer (MIPS) Spectral Energy Distribution (SED) images (green boxes). The image was created with a single call to mViewer, the visualization tool included in Version 4 of Montage.

as well as maps of sky coverage, such as this one: 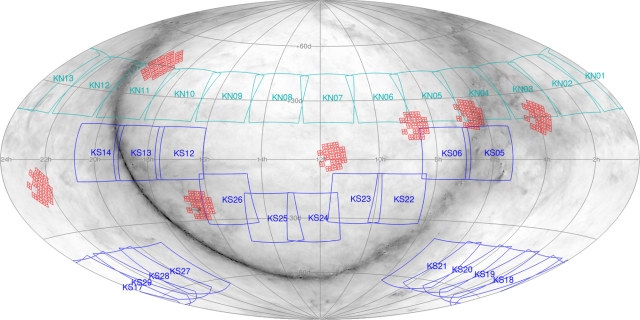 Sky coverage of the KELT-N fields (turquoise) and the KELT-S field (blue) compared with those of the Kepler and K2 missions (red). The fields are shown superposed on the 100 μm map of Schlegel et al. (1998).

mViewer includes an adaptive image stretch algorithm that optimizes three features at once: the structure of the brightest pixels; the definition of faint structures; and the definition of mid-brightness level structure. See how it compares with other commonly used stretches in this image:

Three 2MASS JHK color composite image mosaics of NCG 6357 shown side by side to compare three image presentation algorithms: (a) adaptive histogram matching used by Montage; (b) a stretch based on the hyperbolic sine function; and (c) application of the gamma correction.

Montage cam be used to create animations of image cubes, such as this one:  it represents an average of the central 10 velocity planes of a mosaic of five data cubes released as part of the Galactic Arecibo L-band Feed Array HI (GALFA-HI) survey. GALFA is a high-resolution, large-area, high spectral resolution, and wide band survey of the Galactic interstellar medium in the 21 cm line hyperfine transition of neutral hydrogen conducted at Arecibo Observatory.

It can transform images in HEALPix format into an image in any WCS supported image, as in this Plank All-Sky Map: 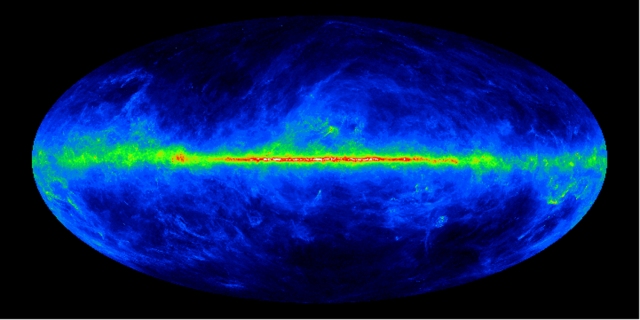 Enter a caption Planck 857 GHz skymap in Figure 6 reprojected to the Aitoff projection by Montage.

And it can prepare images for consumption by the WWT, as in the above Planck example: 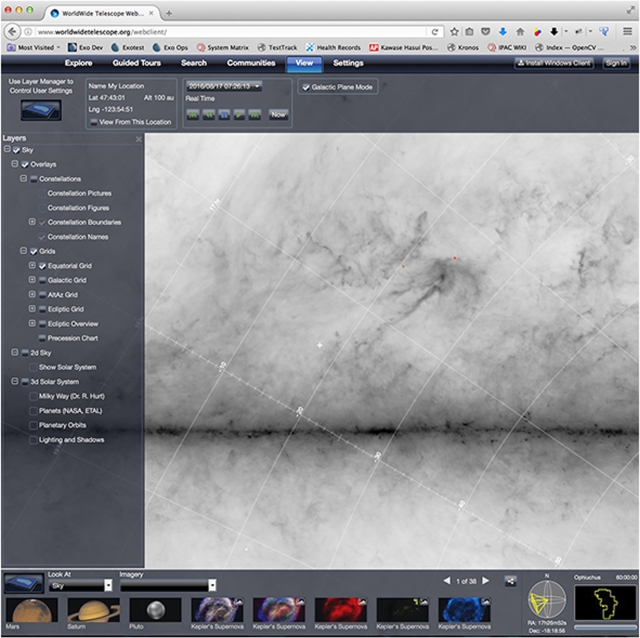 Sample screenshot of the WWT Web interface presenting a section of the Planck 857 GHz map.

2 Responses to The Montage Mosaic Engine and Visualization